Back in November 2014 my band Esoterik filmed our newest music video for the track "Necrodancer" that will be on our new album 'Atonement'... which is due to come out at some point this year (2015).
I had many ideas for this music video but I mostly wanted a New Orleans vampire experience to come across to the viewer so I personally hunted down a victorian plantation home in Broken Arrow Oklahoma.
I was raised until the age of nine in Broken Arrow so I thought it appropriate to film the video in my place of childhood; In fact this very victorian house my Mother had taken me to when I was an Infant in 1990 to have photography taken of me.
That's correct.
I didn't know this until after I had booked the mansion which was such a creepy coincidence. 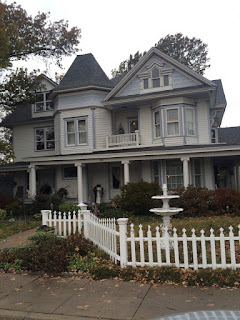 Pictured above is the mansion I had chose.
It's known as the Stinchcomb Mansion and dates back to 1904. It was actually built before Oklahoma received statehood! 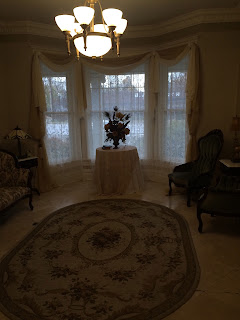 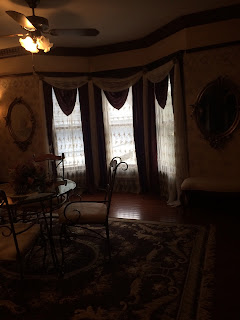 The interior didn't have as much victorian furniture as I had wished but it was ok since we were going to be filming dancing and standing party scenes mostly. 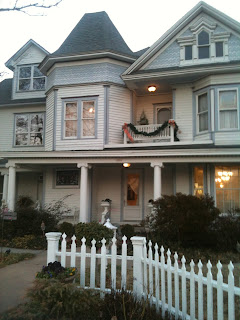 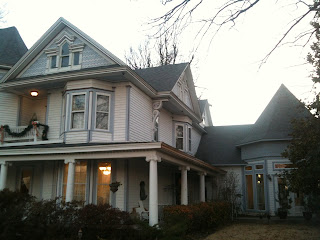 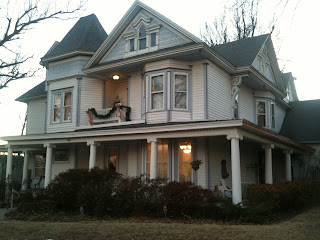 In person this house has so much character and seems so large according to the outside... but once inside it's really quite quant and adorable. Not nearly as large as I thought it would be; but completely and totally lovely. 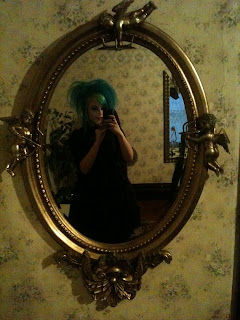 This antique mirror gave me life. The little cherubs are so adorable on both sides. 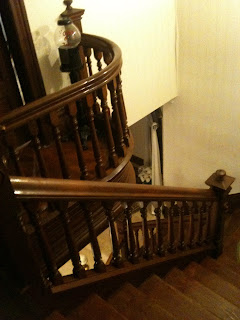 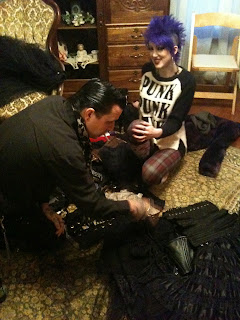 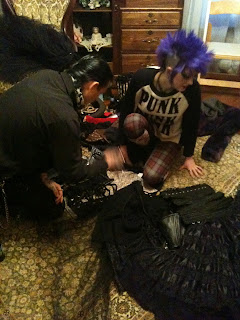 My coven sister Laurel and her fiance Jason getting dressed up to star in my band's video... My sister Laurel is such a goddess.
I had called all my coven sisters to take part in this video (about 6 women) but only two could make the dates which worked out perfect because the Stinchcomb's living room/entertainment room was much smaller than planned. haha! 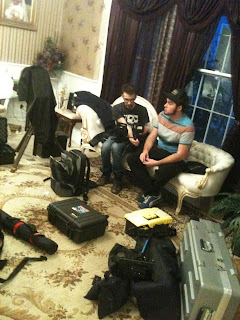 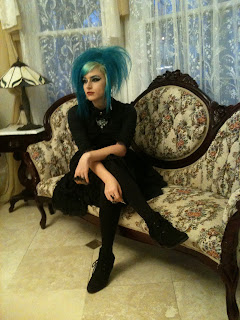 I'm pictured above chilling on this beautiful couch which was made special just for this mansion. It was surprisingly comfortable. 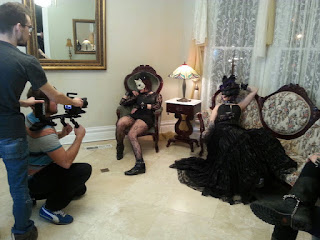 My coven sisters Bree and Laurel getting a close up. <3

Once we had finished filming we went up stairs to celebrate with lots of alcohol and goofing off. below are some of the photos that happened during the wonderful festivities; Brady had turned on an app on his phone to give the photos an old west feel. 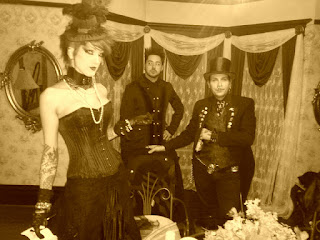 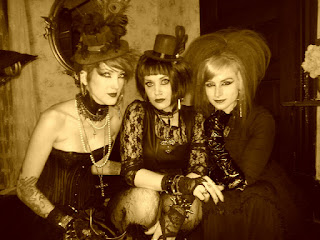 My sisters and I. 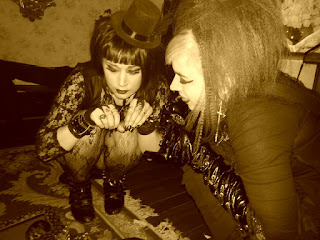 Bree and I being Mice. 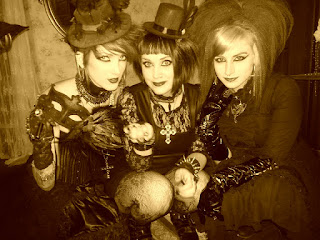 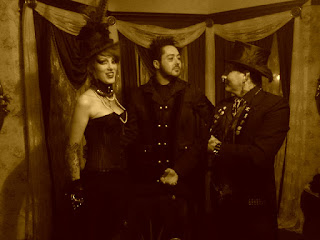 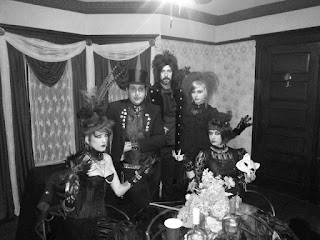 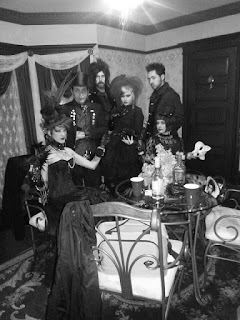 Soon after celebrating we had one last scene to shoot, which is a scene where I sing and 'captivate' the camera... 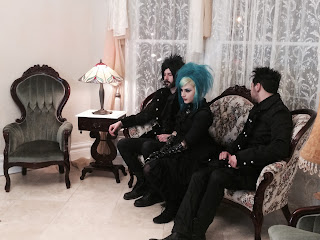 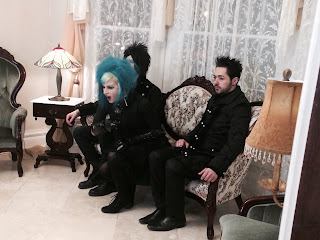 I love that shot above. I look like a little vampress who just got pissed off. "DO YOU OPPOSE ME?!"

So all in all the filming went fantastic. I am of course biting my nails to share this video with all of you but we are waiting for the album to be completely mastered before releasing this track and video.

Posted by Allison Paige Eckfeldt at 8:57 AM 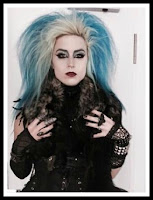 My name is Allison Eckfeldt; I am the lead vocalist for the Synth-pop Darkwave band Esoterik and I happily strave to have a completely adventurous, passionate, weird life.